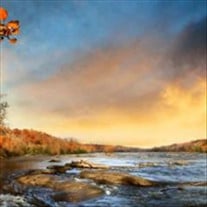 Albert Clyde Trimble has been welcomed into the arms of Jesus with the words, "Well done, thy good and faithful servant." Albert passed away peacefully at St. Francis Hospital in Tulsa, Oklahoma on Tuesday, September 14, 2021 at the age of 90, with family at his side and in his heart. Visitation will be held at Moore's Southlawn in Tulsa on Sunday, September 19, from 12 Noon to 8:00 pm. Funeral service will be held at Memorial Baptist Church in Tulsa on Monday, September 20, at 1:00 pm with Pastor Jacob Bice officiating. Interment will follow at Floral Haven Cemetery in Broken Arrow. Albert was born in Seminole, Oklahoma on March 3, 1931 to the late Bud and Dona Trimble. He is survived by his daughter, Brenda Pinkerton of Broken Arrow. Also, by his grandson, Craig Pinkerton and wife Christina of Broken Arrow, and his granddaughter, Cara Brown and husband Sam of Tulsa. He leaves a legacy of love in the hearts of his great-grandchildren, Bryant, Amelya, Denver, Jack, Brynlea, David and Mia. He was preceded in death by his beloved wife, Ruth Trimble, along with his parents, brother Troy Trimble, sister Darcus Langer and son-in-law Randall Pinkerton. Albert was raised in Seminole, Oklahoma. He accepted Christ and was baptized at the age of twelve. He attended Seminole High School, graduating in 1949. He continued his education at Seminole Junior College, eventually earning an Associates Degree, while also serving in the Army National Guard, where he would eventually earn the rank of Sergeant FC. Albert served as Chief Warrant Officer in the Army during the Korean War, receiving an honorable discharge in 1952 and later returning to serve as Master Sergeant in the Army Reserve, before retiring to full-time civilian life in 1969. He met Edna Ruth Willis in March of 1965. They were engaged on June 17 and married after a whirlwind courtship on November 26, 1965. Together, they adopted their daughter, Brenda in 1969. They were happily devoted to one another until Ruth's passing in 2015. Following his military service, Albert immediately began a long career with the U.S. Army Corp of Engineers. He was a realty specialist within the Acquisition Branch of the Real Estate Division, retiring in 1992. After retiring from the Corp, he accepted a position with the Right of Way Association, before leaving the workforce in 1999 in favor of increasing his volunteer efforts. The Trimble family joined the congregation of Memorial Baptist Church in Tulsa on September 16, 1973, where Albert and Ruth served faithfully for many years. He was a volunteer and District Coordinator with Oklahoma Baptist Disaster Relief, with whom he helped to provide aid to those effected by natural disasters across the United States and in New York City on 9/11. He was also a volunteer with Oklahoma Baptist Builders and participated in the construction of many missions and churches across the United Sates over the years. Additionally, he and Ruth were devoted sponsors and supporters of the Oklahoma Baptist Children's Home in Owasso, an endeavor very dear to their hearts. Albert was a proud lifetime member of the National Rifle Association and a member of the Right of Way Association. He received numerous awards, honors and certifications throughout his military and civilian careers, along with certificates of appreciation from various public and private organizations for his volunteer work, including the American Red Cross, the World Trade Center Foundation and the Southern Baptist Convention. Albert's favorite pastimes included woodworking and traveling, especially to national parks and historical sites, with his family and friends. He had a knack for being able to cite where any town, large or tiny, was located across the United States. He liked playing dominoes and card games with friends and spending time with his family. He was an avid reader of mysteries, Louis L'Amour westerns, Reader's Digest stories and National Geographic magazine. He enjoyed crossword puzzles, brain games and the Sunday comics, along with traditional gospel music. Some of his favorite entertainers were the Gaither Family, Re'Generation, Tennessee Ernie Ford and Jerry Clower, along with the television shows "Gunsmoke" and "MASH." He was also a food and restaurant connoisseur and enjoyed finding the best barbeque wherever he went. His undisputed favorite treat was homemade vanilla ice cream. But beyond all of these, he loved his wife and daughter. He was a very proud "Pa Albert" and took great pleasure in spending time with his grandchildren. Meeting and holding each of his seven great-grandchildren brought him a special kind of joy in his later years. He was loved deeply and will be greatly missed until the day we are all reunited. In lieu of flowers, donations may be made in Albert's honor to the Owasso Baptist Children's Home or the Oklahoma Baptist Disaster Relief. Moore's Southlawn 918-663-2233

Albert Clyde Trimble has been welcomed into the arms of Jesus with the words, "Well done, thy good and faithful servant." Albert passed away peacefully at St. Francis Hospital in Tulsa, Oklahoma on Tuesday, September 14, 2021 at the age of 90,... View Obituary & Service Information

The family of Albert Clyde Trimble created this Life Tributes page to make it easy to share your memories.

Albert Clyde Trimble has been welcomed into the arms of Jesus...

Send flowers to the Trimble family.