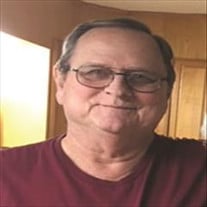 Ben Allen Barker had an amazing love affair with life that began on September 15, 1944 in Galveston, Texas. He was born to Lonnie Benson Barker and Allie Marie Wilkerson Barker and had an older sister, Athenna Ann Barker. His was an adventurous childhood, moving from state to state while his father worked on a traveler's permit. Among his favorite memories of his childhood were the hours spent in the woods, just him and nature. He graduated from Oklahoma Military Academy in Claremore, Oklahoma in 1965. In 1966 he received his commission into the United States Army as a Second Lieutenant. He graduated Ranger School in 1967. He proudly served in Korea for thirteen months and then in Vietnam for eighteen months, receiving multiple military accommodations. In 1972, he was honorably discharged at the rank of Captain. After leaving the military service, he worked as an Insurance Adjuster until his retirement. During his career, he specialized in Property Claims often going on National Disaster Storm Duty, then worked for Texas Association of School Boards, and with an independent adjusting firm as well as his own business. He enjoyed many hobbies including scuba diving, sailing, wood working, leather working, hunting, fishing, photography, oil painting, bow and arrow making, gardening and traveling. He loved jokes and stories that would make you laugh. Ben was a jack of all trades, there wasn't anything broken that he couldn't fix, whether it was pertaining to the house, car, broken toys or whatever it was. He was a willing friend, standing ready to help anyone in need. A family member said, "it is hard to accept that he is gone, he was always bigger than life" An Army Vet who knew and served with Ben said, "Ben may have been the best infantry officer with whom I ever served", another said "Ben was the best officer I had the pleasure of knowing", another said "He earned our respect as an officer and as a man", another said, "He was a good officer and a true gentleman." In summary: "We salute you Captain! Well done! Rest in peace." He is survived by the love of his life, Donna M. Barker, of the home; son, Caleb Robert Barker, of Park Hill, Oklahoma; daughter, Jennie Victoria Barker and three grandchildren, Caden Luke Barker, Cadee Janee Barker and Casen Lee Barker of Austin, Texas; son, Luke Milburn Barker, wife Britney and granddaughter, Stella Rose Barker of Broken Arrow, Oklahoma; two step great-grandchildren, Nathan James Ellison and Lilian Renee Ellison of Pryor, Oklahoma. He is also survived by sister, Athenna Ann Fage of New Iberia, Louisiana and stepmother, Mary Bell Barker of Teague, Texas, as well as numerous other family members and close friends. He was preceded in death by his father, Lonnie Benson Barker and his mother, Allie Marie Wilkerson Barker. Graveside services will be 12:30P.M., Wednesday, March 2, 2022 at Fort Gibson National Cemetery, 1423 Cemetery Road, Fort Gibson, Oklahoma. Moore's Southlawn 918-663-2233

Ben Allen Barker had an amazing love affair with life that began on September 15, 1944 in Galveston, Texas. He was born to Lonnie Benson Barker and Allie Marie Wilkerson Barker and had an older sister, Athenna Ann Barker. His was an adventurous... View Obituary & Service Information

The family of Ben Allen Barker created this Life Tributes page to make it easy to share your memories.

Ben Allen Barker had an amazing love affair with life that began...

Send flowers to the Barker family.