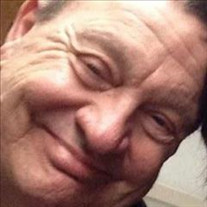 Charles (Charlie) George passed peacefully on Sunday morning, January 23, 2022. He was born on April 30, 1951, spending his childhood in Wadsworth, New York as the first of six children. After graduating high school as class valedictorian, he attended Rochester Institute of Technology. He later moved to Wisconsin where he met his wife Charlene before settling into his final home in Tulsa, OK with their three children. His career as a Technical Writer provided opportunities to travel all over the world and, no matter where he went, he never met a stranger. His passion and knowledge led him to a long, successful career, where he was known as a mentor and trusted co-worker. After 37 years of loyal dedication to his work, he celebrated his retirement in 2015. He is survived by his children, Terry, Kenneth, Julianne, and son-in-law Michael (Julianne) as well as his three brothers and two sisters. Charlie is preceded in death by his parents, Paul and Edith. When anyone met Charlie, they were going to hear a story. If you knew him long enough, you likely knew at least one of these by heart. Charlie was a generous and selfless man who could always be counted on. He was the first to help anyone, no matter who it was or what was needed, and would drop anything to do so. He didn't expect anything in return or recognition for it, it was simply because he loved, and loved deeply. Charlie was a dedicated father who would do anything to provide for his family. As a member of the Catholic Church and Knights of Columbus, he spent countless hours alongside his KOC brothers doing acts of service for the church and its members. We can continue to count on him taking care of others and telling his stories in Heaven. Funeral Mass will be held on January 29, 2022 at 10:30am at St. Anne's Catholic Church: 301 S 9th St. Broken Arrow, OK 74012. The Mass will be preceded by a rosary at 10am. In lieu of flowers, the family asks for donations for Ainsley's Angels of America.

Charles (Charlie) George passed peacefully on Sunday morning, January 23, 2022. He was born on April 30, 1951, spending his childhood in Wadsworth, New York as the first of six children. After graduating high school as class valedictorian, he... View Obituary & Service Information

The family of Charles Vincent George created this Life Tributes page to make it easy to share your memories.

Send flowers to the George family.