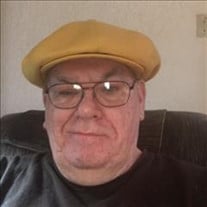 Charles H. Lange, age 70, passed away on November 20, at his home in Tulsa, OK. He was preceded in death by his parents, Harvey and Elvera Lange. He is survived by his brother, John (Patricia) Lange of Platte City, MO; niece Jennifer (Will) Majors of Kansas City, MO; nephew Jonathan (Lauren) Lange of Madisonville, LA and four grandnephews, Noah and Matthew Majors and Everett and Colin Lange. Chuck grew up in Morton Grove, IL, a northern suburb of Chicago. He attended St. Paul's Lutheran School and Niles West High School, where he was a valued member of their football and basketball teams. Chuck came to Tulsa in 1969, to attend Tulsa University and play football for them. He received a BS degree from TU, in 1974. Later, he also attended Oklahoma University and received an MS degree, in 1991. Chuck was a member of the Tulsa Fire Department for 28 years and an officer in IAFF Local 176 for 7 years. He retired from the TFD in 2006. For the last 13 years he has worked for the City of Tulsa as a Plans Examiner in Zoning/Development Services, and planned to retire in January. Chuck was a long-time member of Unity Church - Midtown. He was also a member of the Tulsa Bicycle Club, the American Kite Flyers Assn. and Tulsa Wind Riders. A Memorial Service is planned for 7 P.M. at Unity of Tulsa - Midtown on December 16, 2021. Inurnment will be at St. Paul's Lutheran Cemetery, Skokie, IL, at a later date. Chuck was an avid fan of rescue dogs and always had several companions throughout his life. In lieu of flowers, donations can be made to A.R.F. of Tulsa (arftulsa.org), Pet Adoption League, P. O. Box 700924 Tulsa, OK 74170 or an animal rescue group of your choice in his name. Memorial Service 7:00 p.m., Thursday, December 16, 2021 Unity of Tulsa Midtown, 3355 South Jamestown Avenue, Tulsa, OK To view service: go to live stream at the Unity of Tulsa Midtown face book page during the time of the service.

Charles H. Lange, age 70, passed away on November 20, at his home in Tulsa, OK. He was preceded in death by his parents, Harvey and Elvera Lange. He is survived by his brother, John (Patricia) Lange of Platte City, MO; niece Jennifer (Will)... View Obituary & Service Information

The family of Charles "Chuck" Lange created this Life Tributes page to make it easy to share your memories.

Send flowers to the Lange family.