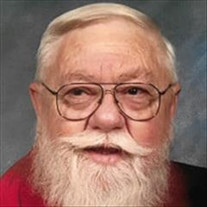 Chester B Havenstrite (Benny), of Tulsa, Oklahoma passed away on Monday January 17, 2022. He was born November 15, 1936 in Bakersfield, California. Parents were Chester and Florence, now deceased. He leaves behind wife, Vivian Havenstrite, son Van and his wife Sarah, son Jonas, grandchildren Seth, Hope, Ian, Grace, Christopher, Joy, Kymber, Stella, Dylan and three great grandchildren and one on the way. He was preceded in death by siblings; Claud, Ewell, Ralph and sister Eloise Ellis. He met Vivian in December 1961 when her best friend asked him to pick her up and bring her to a football game. Their first date was December 15, 1961. He proposed on New Year's Eve 1961 and they were married January 19, 1962. They were blessed with two children Van 1967 and Jonas 1969. When he was 8 he moved to Crescent, Oklahoma. Graduated from Crescent High School where he played football and basketball. He enlisted in the Army in June 1954. Served as a Counter Measure Security Specialist in Vienna, Austria and Berlin, Germany. He was discharged as a Sargent in May 1957. After discharge, he attended Oklahoma State University in Stillwater, Oklahoma. He dropped out of OSU after 3 1/2 years to take care of his father who was dying of cancer. In 1961 he moved to Tulsa and went to work for American Airlines as an accounting clerk. Later he got his accounting degree from Oklahoma School of Accounting. He retired from American Airlines as a Senior Purchasing Agent. He worked for 10 years, from 1965-1975 at Sears as a salesman. He was a volunteer for three years with the Kihekah-Steh Indian Club in Skiatook, OK. When the family moved to Verdigris in 1975, he served in the booster club for five years and coached many of his son's baseball teams in Claremore, OK and served as the little league commissioner. He and his wife spent years transporting their two sons to football, basketball, soccer, band, road races, cross country and track meets. The tradition continued with the grandchildren to soccer, basketball, dance and gymnastics. He became a Catholic in 1979 and was a member of the Holy Family Cathedral in Tulsa, OK. He was also a member of the Cherokee tribe. He will be missed by all that knew and loved him. His funeral will be Saturday January 29, 2022 at 11:00 am at the Memorial Park Cemetery. A viewing will be held at the Moore Southlawn Funeral Home from 10:00 am-10:50 am on Saturday 29, 2022. These will be mask mandatory and social distancing will be required.

The family of Chester Benton Havenstrite created this Life Tributes page to make it easy to share your memories.

Chester B Havenstrite (Benny), of Tulsa, Oklahoma passed away...

Send flowers to the Havenstrite family.