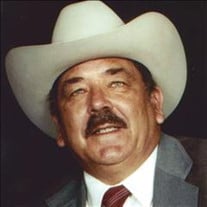 Darrell Bryant Downing went to be with Our Lord on January 14, 2022, after residing in Broken Arrow, Oklahoma for almost 30 years. Born September 13th, 1946 to Joel "Jay" & Nadine Downing, in rural Oklahoma on an Indian Reservation near Locust Grove, Oklahoma, Darrell's future seemed to be set forth for him almost immediately. You see, Darrell's father was a professional musician, and Darrell was exposed to western swing, as well as all the old pop and big band sounds, at a tender age. It would be his father who noticed his natural ability and "feel" for the beat, and when Darrell was about six years old, he was presented with his first set of drums. He progressed quickly and was forever hooked! He played his first professional job for radio station KOLS, Pryor, Oklahoma working for his dad. And this for certain, would not be the last. Although music was always his passion and he dreamed of playing drums in a Big Band, like that of Glenn Miller, after graduating High School in Catoosa, Darrell would go on to attend & graduate from Oklahoma State Technical School in Okmulgee and start a lifelong career as a Draftsman in the Oil & Gas industry. Retiring as Chief Draftsman at Technotherm Corporation located in Sapulpa, Oklahoma. However, music never played second fiddle, and continued to be very instrumental in Darrell's life and eventually would take somewhat main stage, when Bob Cobb, a longtime friend of Darrell's dad, gave Darrell the opportunity to join his western swing group, Bob Cobb's Swinging Ambassadors, which would help not only further his music career, but bring years of fun & friendship. Darrell had the pleasure of playing with many great musicians & other bands, including Glen "Blub" Rhees, Jerry Emery, Eldon Shamblin, Darrel Magee's Mavericks, Hank Ballard's Touch of Silver, Mel Rogers' T-Town Swing Bank and Bob Klye's Western Swing Allstars and the WSMSS Band, which he played with up until recently and was also a Regional Director. And although there were many memorable moments throughout Darrell's musical career, the most honorable moments, was getting to play with the Texas Playboys in Turkey Texas, taking the stage with them at Cains Ballroom, during a Bob Will's Birthday Bash, and being inducted into the Western Swings Music Society of the Southwest's Hall of Fame in 2000. Darrell's passion carried over in everything he did, and throughout both careers and life, he made many lifelong friendships; friendships he cherished deeply. Needless to say, Darrell was a friend to everyone who knew him and true testament to what a friend, father, grandfather, great-grandfather should be. Darrell is joined in heaven with his very dear to him, grandparents, Joel "Buster" & Eva Downing; his Parents; his high school love and wife of 25 years, Joyce and his darling companion Mary McCoy. He is survived by his sister, Diane Rosson-Hamilton and husband Wilburn of Beggs; Two children, Lisa Gensler and husband Scot of Broken Arrow, Eric Downing and wife Jennifer of Skiatook; Three grandchildren, Jade Morrison, Garrett Gensler and Sylvia Sletton and husband Garrett; Three great-grandchildren, Grayson, Harper and Daxton; and his nephews, nieces and other special family Darrell's kind heart, music talent, story & joke telling will be greatly missed! Darrells' funeral service will be held at 10am on Wednesday, January 19th at Moore Southlawn Chapel, 9350 E 51st St, Tulsa, OK 74145

Darrell Bryant Downing went to be with Our Lord on January 14, 2022, after residing in Broken Arrow, Oklahoma for almost 30 years. Born September 13th, 1946 to Joel "Jay" & Nadine Downing, in rural Oklahoma on an Indian Reservation near Locust... View Obituary & Service Information

The family of Darrell Bryant Downing created this Life Tributes page to make it easy to share your memories.

Darrell Bryant Downing went to be with Our Lord on January 14,...

Send flowers to the Downing family.