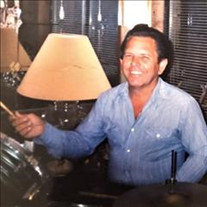 David William Lane was born on April 28, 1943. He passed away on August 25, 2021. David is the youngest of eight children. While attending Rogers High School in Tulsa, OK, David met and fell in love with Gloria Jean Walford. The two were married... View Obituary & Service Information

The family of David William Lane created this Life Tributes page to make it easy to share your memories.

Send flowers to the Lane family.