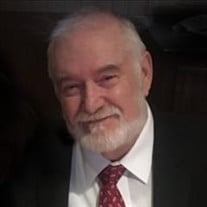 Dennis R. Snow, 69, passed away on February 5, 2022, at Ascension St. John Medical Center in Tulsa, after a valiant battle with lung cancer. Denny was born on February 29, 1952 to Ralph King and Fay (Rice) Snow in Sallisaw, OK. He is survived by his spouse, Connie (Carpenter) Snow, and his daughter Sarah Ann Snow. The couple had been married for 39 years. He is also survived by his two siblings, sister Mary (Snow) Hall, and brother Ralph Snow Jr., and several nephews. After graduating from Southside High School, in Ft. Smith Ark., in 1970, he went on to study Psychology at the University of Maryland in College Park for 4 years. In 1982, Denny married Connie and later had their 1st daughter, Rebecca Ann Snow in 1984, (deceased). They had their 2nd daughter, Sarah Ann Snow in 1990, and then two years later he completed his Bachelor of Arts Degree in Behavioral and Social Sciences in 1992 from the University of Maryland. After their 1st daughter was born, in 1985, Denny began working for Aaon, Inc.,a commercial heat & air business, working his way up to Southwest Regional Sales Manager. Denny loved to take his family on business trips all over the southwest during the summer when his daughter was out of school. They would travel through Arizona, New Mexico, Nevada, Utah, California and Colorado, and every place they would go, they would stop to take in the beauty of the land such as the Grand Canyon, Yosemite National Park, Bryce Canyon, the redwoods in California, Lake Tahoe, and many other places. He worked for Aaon for 20 + years, retiring in 2012. Other hobbies included motorcycles, photography, collecting N-scale trains, model building, carpentry, and he loved the water. He named his ski boat "Wild Thing" and also had a 30' RV that he would take his family to the lake in on weekends. Denny was also a professional drummer and began playing professionally at the age of 16. He would go to school during the week, or work after he graduated, and then played music on the weekends. Some of the bands he played with had opened for big named acts such as George Jones, Tammy Wynette, (I think he actually filled in on drums for Tammy Wynette one night), Steve Wariner, and many others. In recent years he played with various bands such as Excell, Barnjovi, (they named the band "Barnjovi" because they played country and rock & roll music) and later played with the Cripple Creek Band in Tulsa for several years until he moved his family to California in 2005 due to his job. A friend of the band happened to know "Bonjovi" and told him about it and he thought it was hilarious! Denny was a spiritual man and served in many callings in his church, The Church of Jesus Christ of Latter-Day Saints. He will be deeply missed by his friends, family, church friends and all who knew him. Viewing will be 10AM-8PM, Thursday, February 17, 2022 with family greeting friends from 4-7PM, both at Moore's Southlawn, 9350 E. 51st, Tulsa, OK. Funeral Service will be 1:00 P.M., Friday, February 18, 2022 at The Church of Jesus Christ of Latter Day Saints, 1701 N. Hickory, Broken Arrow, OK. Moore's Southlawn 918-663-2233

Dennis R. Snow, 69, passed away on February 5, 2022, at Ascension St. John Medical Center in Tulsa, after a valiant battle with lung cancer. Denny was born on February 29, 1952 to Ralph King and Fay (Rice) Snow in Sallisaw, OK. He is survived... View Obituary & Service Information

The family of Dennis Ray "Denny" Snow created this Life Tributes page to make it easy to share your memories.

Send flowers to the Snow family.