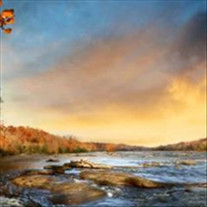 Don H Carlton, 89, passed away on January 17, 2022, at his home in Tulsa OK, surrounded by family. Don was born on October 13, 1932, in Sardis, Oklahoma, the son of Claud and Reba Carlton. Don graduated from Henryetta High School and went on to the Navy where he was stationed in Japan for 2 years and didn't see his first child until she was 18 months old. After the Navy, Don came back to Oklahoma where he attended OSU Tech, in Okmulgee to become a draftsman. He went on to have 19-year career at Continental Oil Company in Ponca City. During his tenure with Continental Oil, he also owned Don Carlton Homes, where he designed, built and sold Luxury homes. In 1974, he bought a Honda and Yamaha motorcycle franchise. Later in 1976, after being approached by Honda, he added a Honda Automobile franchise. This began his long-standing career in the automotive industry! He eventually purchased a VW-Porsche-Audi dealership in early 1977, where he then separated his motorcycle interest from his automobile interest. Within 2 years, Honda wanted him to open a second point in Tulsa, OK. This is where Don's compassion for selling cars made him an immediate success! At one point, Don had 15 automotive franchises! Don grew up in the depression, so he knew the worth of every penny. He was the kind of man who saw an opportunity and took it! Don was a very special person to all who knew him! He was a wonderful father and grandfather. He was a very hard-working man; for many years he would go home from the dealership and work his ranch. Don had a passion for living life! He loved fast cars. He was a world traveler. He was a Huge Sooner's fan! Boomer, Sooner... Don lived a Full and Happy Life! He will be sadly missed by all his friends and family. Don is survived by his two daughters, Brenda Carlton Bruton and Cayse Carlton, his Loving granddaughter, Jennifer Green, and husband Shannon; his 3 favorite grandchildren, Leighton, Grayson, and Quinley. He was preceded in death by his parents, Claud and Reba (Lee) Carlton; brother, Bardine Carlton; son, Terry Carlton; grandson, Justin Bruton; and son-in-law, John David Bruton. The family wishes to thank the caregivers that gave their hearts and love to Don. Private Services were held, due to taking COVID precautions. A Celebration of Don's life will be planned soon.

Don H Carlton, 89, passed away on January 17, 2022, at his home in Tulsa OK, surrounded by family. Don was born on October 13, 1932, in Sardis, Oklahoma, the son of Claud and Reba Carlton. Don graduated from Henryetta High School and went on... View Obituary & Service Information

The family of Don Henry Carlton created this Life Tributes page to make it easy to share your memories.

Send flowers to the Carlton family.