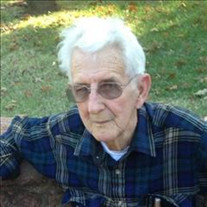 Ellis G. "Sonny" Bailey, 87 of Tulsa passed away, peacefully on Saturday, July 31, 2021. He was born on February 13, 1934, in Tomnolan, MS. He enlisted in the United States Air Force in 1951 at age 17 and served for over 25 years. He served in Okinawa, England, Johnson Island and was stationed in California at Beale Air Force Base working with the SR71, McDill Air Force Base in Tampa, Fl and Hickam Air Force Base in Honolulu, HI before his retirement and return to Tulsa, Oklahoma and then worked at IIliff Aircraft for almost 30 years as the parts manager. Ellis and Mary celebrated their 60th wedding anniversary on June 8th, 2020 with a small gathering of immediate family. He was preceded in death by his parents Nattie Eugene and Laura Ava Bailey, brother, Billy Bailey, Glen Bailey, Twyla Bolen and Joyce Leeds. Ellis is survived by his wife of 61 years, Mary; daughter, Diana and Shawn Abbott(Tulsa), son, David and Betty Bailey(Sand Springs); grandsons, Christopher and Alicia Abbott(Edmond) , Jacob and Pauline Abbott(Arcadia) and Raini and Aerin Bailey(Sand Springs), two great grandson Elias and Roland. Services will be held 2:00 p.m, Thursday, August 5, 2021, at Moore's Southlawn Chapel, 9350 E. 51st Street, Tulsa. 918-663-2233

The family of Ellis Gray "Sonny" Bailey created this Life Tributes page to make it easy to share your memories.

Send flowers to the Bailey family.