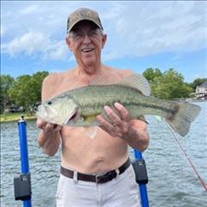 Gary Michael Freeman, affectionately a/k/a Gary M. Freeman, Gary Freeman, Mike Freeman, Dr. Freeman, or just Freeman was born on August 7, 1948 in Edmond, Oklahoma and died peacefully at Hillcrest Medical Center early on March 29, 2022. He was preceded in death by his parents, Jesse and Ruth (Hudman) Freeman. He is survived by his twin sister, Beth Anne Freeman of Tulsa, OK, his brother, James Freeman of Taos, New Mexico, and his sister, Patty Musgrove of Tulsa, OK. He is also survived by his wife, Melody Freeman of Tulsa, OK, five sons, Grant Freeman of Broken Arrow, OK, Greg Freeman and wife, Rebecca of Frankfort, Illinois, Dustin Eimen of Tulsa, OK, Michael Eimen and wife, Kelsey of Tulsa, OK, Greg Eimen and wife, Chrissy of Tulsa, OK, three grandsons, Blake Freeman of Broken Arrow, OK; Tucker Eimen and Shepherd Eimen of Tulsa, OK, and one granddaughter, Madison Eimen, of Tulsa, OK. Freeman graduated from Edmond High School (there was only one at that time). He went West to try living in California and discovered he hated it, especially the sand. He returned to Oklahoma and went to work to put himself through school at Central State College. He made the decision to enter the field of medicine and was accepted at and graduated from the Oklahoma College of Osteopathic Medicine and Surgery (now OSU College of Osteopathic Medicine). Freeman settled on obstetrics/gynecology and during his career delivered over 15,000 babies, and in the process made life long friends of patients and colleagues. The number of lives he impacted is countless and his absence leaves a gaping hole for everyone who knew him. He was lucky enough to retire and spend the last few years of his life relaxing and enjoying his lake home, fishing at every chance he had with Hunt, Stuart, Greg and Grant. A life celebration is planned at The Campbell Hotel/Renaissance Square Event Center, 2616 E. 11th St. Friday May 20th beginning at 11:00 am with a light lunch being served. Please bring your memories to share. In lieu of flowers, the family requests donations to Street Cats or Tulsa SPCA.

The family of Gary Michael Freeman created this Life Tributes page to make it easy to share your memories.

Send flowers to the Freeman family.