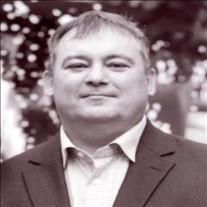 Gregory (Greg) Eugene Morris of Tulsa Oklahoma passed away on Saturday, December 18th. Greg was a man of family, country, friends and work family. Greg, 57, is preceded in death by his grandparents, Lillian and Herbert Watts of Tulsa and his aunt Barbara Rousey of Ponca City, OK. He is survived by his mother, Dian Morris of Tulsa, OK; his wife, Danni Morris of Tulsa, OK; his daughter, Madi Morris of Tulsa, OK; his sister, Jody Lackey of Yale, OK, his brother, Jace Olinghouse of Collinsville, OK and his sister, Jannie Steadman of Mesa, AZ; and many nieces, nephews, cousins, extended relatives and friends. Greg was active in his high school years with baseball, football and bull riding. Greg, as a young man, joined the United States Army and was part of the field artillery branch. During his service he was attached to the 2nd Ranger Battalion of the 75th Ranger Regiment and was part of the 101st Airborne Division. Greg earned a bronze star during his service. Greg was a member of the Red Fork-Brookside Masonic Lodge. Shortly after his service, Greg met Danni Moore and they were later married in 1989. Greg and Danni attended Northeastern State University (NSU) together where he obtained a B.B.A. in Accounting with a minor in Information Technology and later earned his M.B.A from NSU. Seven years later Greg and Danni started a family with their daughter, Madi Morris. Greg was a loving and devoted father as family was the most important thing to him. As a family they loved traveling across the nation for soccer games most weekends watching Madi with her competitive, high-school and college teams. Some of Greg's fondest memories were coaching Madi's grade school soccer team, the Goal Diggers. Greg also loved vacations both here and abroad with Danni and Madi. He also loved traveling and spending time with family and friends. Greg had a love for education and accounting, which later in life led him to become the Chief Financial Officer of Sand Springs Schools. Greg was passionate about his work family and truly loved his job. He enjoyed going in to work every day, and genuinely cared about everyone in his office. Before Greg's role as CFO, he served in numerous accounting and finance roles spanning various industries. Greg was also a teacher at Edison preparatory school. Greg joined the Jenks Martial Arts Academy over two years ago, where he trained in Taekwon-Do and progressed to a high red belt. Greg was excited about learning the new forms and was always challenging himself to break more boards, recently breaking 5 boards as his personal best record. Greg loved his Takewon-Do family and enjoyed encouraging the younger students as they progressed in the art. A private Celebration of Life is at 1:00 P.M. on Thursday, December 23rd at Fitzgerald Southwood Colonial Chapel, Tulsa, OK. Honorary pallbearers are John Karsten, "J." Moore, Michael Jackson, Blake Hammock, Danny Moore and Bill Foote. In lieu of flowers or plants, please honor Greg's memory by supporting the Sand Springs Education Foundation. Please see link below: www.sandspringseducationfoundation.com/give-a-gift.asp Moore's Southlawn 918-663-2233

Gregory (Greg) Eugene Morris of Tulsa Oklahoma passed away on Saturday, December 18th. Greg was a man of family, country, friends and work family. Greg, 57, is preceded in death by his grandparents, Lillian and Herbert Watts of Tulsa and his... View Obituary & Service Information

The family of Greg Morris created this Life Tributes page to make it easy to share your memories.

Gregory (Greg) Eugene Morris of Tulsa Oklahoma passed away on...

Send flowers to the Morris family.