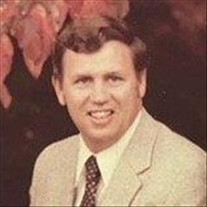 Harvey R. Fifer, Jr. "Biff", 79, passed away on Saturday, July 31, 2021 in Tulsa, Oklahoma. Born June 29, 1942 in Berkely, California to Harvey R. Fifer, Sr. and Elizabeth (Wineman) Walker. He is fondly remembered for his kind, loving and joyous spirit. Biff was a remarkable athlete growing up. He used his outstanding abilities to play golf at Southern Hills and basketball at the YMCA. Biff graduated from the University of Arizona and was a stockbroker. He was a caring, loving, and nurturing man without an enemy in the world. He always had a warm smile on his face and he truly touched the lives of every person who was lucky enough to meet him. He was generous and giving without expectations. He leaves behind his beloved dog, Dolly, who he loved very much. He is preceded in death by his parents and his late wife, Carole Marie Fifer. Biff is survived by his wife Karen Fifer; daughter Tammy Moeller and husband Jeff; son Tad Fifer and wife Tiffany; stepsons Derrick Beard and Ryan Beard; grandchildren Jack and Cody Fifer, Ben, Megan, and Kate Moeller, Austin, Madison, Steven Beard and wife Teddi; sisters Victoria Fifer Elliott and Kathleen Fifer Merrill and husband Terry; three great grandchildren Preston, James and Nick. He loved them all so much. "Those we love don't go away, they walk beside us every day. Unseen, unheard, but always near. Still loved, still missed." Memorial service will be 10:00 A.M., Thursday, August 5, Moore's Southlawn Chapel, 9350 E. 51st, Tulsa, Ok. Moore's Southlawn 918-663-2233

The family of Harvey Ralph Fifer, Jr created this Life Tributes page to make it easy to share your memories.

Send flowers to the Fifer family.