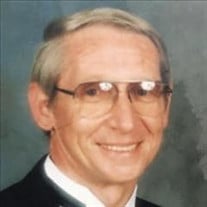 Jesse David Andrews, 86 years old, passed from this life on February 23, 2022, at his home with his wife, daughter, son, and one of his granddaughters at his side. He was born June 22, 1935, at Morningside Hospital in Tulsa (now Hillcrest Hospital) to Delmar and Ethel Andrews. He was known as "David" or "Andy" by his friends and family. David was a lifelong Tulsan and member of the Parkview Baptist Church on South Sheridan Road, where he attended with his wife of 63 years, Burma Andrews. David is survived by his children Sherri Sabin, of Larkspur, California and Terry Andrews and his wife Vonda Covington, of Richmond, Texas, his grandchildren Brooke, Karl, Lynn, and his step grandson Zander. He also is survived by his brother-in-law C.J. Hurlbut and family, and sister-in-law Donna Hurlbut and family. After graduating from Will Rogers High School in 1954, he attended college at Oklahoma University (OU) and Oklahoma State University (OSU). In 1956, he volunteered for the United States Army with his cousin Walter Dean Butler. In the Army, he served two years of active duty in Germany. After returning to Tulsa, he served an additional four years in the Army Reserve. Then, he worked at the U.S. Postal Service as a letter sorter and window clerk for 32 years. David enjoyed watching sports, especially college sports, and followed his favorite teams devotedly. He rarely missed a football or basketball game involving OU, OSU, Tulsa University, or University of Oregon, where one of his granddaughters went to college. David was athletic and inspired a love for sports and competition in his kids. He played baseball with his friends and joined his kids in pickup basketball in his family's backyard. In high school, he was even nicknamed the "B-bop King". His athleticism was most evident in his children, especially his daughter Sherri, who set numerous records in track in field at Memorial High School and then competed at the University of Oklahoma. After college, Sherri went on to be a national class cyclist and triathlete and won numerous amateur and professional events. David enjoyed traveling to and visiting the mountains across the U.S. with his family. These frequent family vacations instilled a love for the mountains in his on Terry, that formed a basis for his son's lifelong passion as a rock climber and geologist. David and Burma were very dedicated to their parents, who lived on an acreage in Tulsa and a large ranch near Mazie, Oklahoma. He and Burma made sure that the family visited their parents several times a month and helped out however they could, usually with gardening and ranching chores. Besides sports and family, David loved to attend horse races, especially at Oaklawn Racetrack in Hot Springs. He also loved to fish and hunt, and often took his family on fishing trips. David also enjoyed watching movies, especially comedies and became a voracious reader in his later years. He loved to read mystery novels. We are grateful that we can honor David's life and all of the wonderful experiences and memorable moments we've had with him. He will always be with us. Graveside 11:00 A.M., Monday, February 28, 2022 at Memorial Park Cemetery, 5111 S. Memorial Drive, Tulsa, OK. Moore's Southlawn 918-663-2233

Jesse David Andrews, 86 years old, passed from this life on February 23, 2022, at his home with his wife, daughter, son, and one of his granddaughters at his side. He was born June 22, 1935, at Morningside Hospital in Tulsa (now Hillcrest Hospital)... View Obituary & Service Information

The family of J. David Andrews created this Life Tributes page to make it easy to share your memories.

Send flowers to the Andrews family.