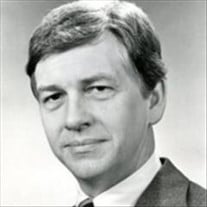 ~A loving tribute written by family~ James Rankin Buchholz, of Hermann, Mo., a leader in higher education finance and administration and co-founder of Prime Buchholz, a Portsmouth, NH,-based investment consulting firm, died Thursday (September 9) in Kansas City. He was 86. Born to Harold Roy and Minnie Carolyne Foglesong Buchholz July 16, 1935, in Tulsa, he was a Boy Scout and an entrepreneur as a child, starting and running his own businesses, as well as working for others'. A 1953 graduate of Tulsa Central High School, he attended both Drury College and Tulsa University before graduating from Drury in 1957 with majors in Philosophy & Religion and Political Science. He married Marilyn Bogle of Neosho in 1963. He began and ended his higher education career at Drury, later Drury University, as its chief financial officer, working there a total of nearly 12 years, as business manager 1958-1962 and as vice president for administration 1993-2000. In the intervening time, he served as chief financial officer of Ripon College in Wisconsin, University of Tennessee at Chattanooga, American Council on Education, Rochester Institute of Technology, University of Missouri System, and Washington University in St. Louis before co-founding Prime Buchholz in 1988. At Prime Buchholz, he served initially as one of the principals, then as a consultant until his death. In 2021, The Christian Church Foundation gave him its President's Award for Outstanding Service in recognition of his 30-year stewardship of its endowment through Prime Buchholz. A member of the Board of Directors of the Community Foundation of the Ozarks from 1995 to 2001, he served as its president in 1998-99. He also served on affiliate boards, including the Forsythe Community Foundation. He was a trustee at Drury College 1982-86. In 1978, Drury gave him a Distinguished Alumni Award; in 2000, it awarded him an honorary Doctorate of Humane Letters, and in 2018 he and Marilyn received the school's Distinguished Alumni Lifetime Achievement Award. He served on the boards of Odyssey House and the Greater Portsmouth Community Foundation, 1989-92, in Portsmouth, NH. He was a director of the College and University Risk Management Association in 1994; the Genesis Insurance Company, 1987-89; the Bank of Steele (Mo.), 1983-84; United Way Agency, (Columbia, Mo.), 1980-85; and National Educational Computer Center in Washington, DC, 1968-70. He was active for decades in the National Association of College and University Business Officers. During his tenure in Rochester, he was on the Advisory Board of Lincoln First Bank, 1973-75, and a trustee of the Community Savings Bank of Rochester, 1976-77, and held multiple volunteer roles at the Community Chest of Rochester in the mid-1970s. He served as chairman of the Board of Directors of the Monroe County Red Cross in 1976-77 and was a frequent blood donor for 15 years, there and in Columbia, Mo. He was fond of classical music and regularly supported a number of public radio stations. A lover of American Motors automobiles, he restored a 1948 and a 1957 Nash, a 1966 Rambler Ambassador and several Nash Metropolitans, as well a 1964 Buick Skylark, a 1966 Skylark convertible, several Chevrolet Corvairs and a Ford Mustang. In 1981 in Columbia, he founded Classic American Parts (CAP), which became the largest distributor of new old stock and reproduction American Motors Parts. In 1988, with Marilyn, he focused the business on Metropolitan parts, keeping the company name. They continued to run CAP until 1992. He leaves his wife of 58 years, Marilyn; a daughter, Sarah Rankin, of Greenfield, Mass., and her husband, Bart; a son, Harold Buchholz, of Rye, NY, and his wife, Diane Cooke; two grandchildren, Atticus and Jyn Rankin, of Greenfield, Mass.; eleven nieces and five nephews; four brothers-in-law, four sisters-in-law; and many cousins. A sister, Haroldine Howell, and their parents predeceased him. An open-casket viewing is scheduled for 2-7 p.m., Wednesday and Thursday at Clark Funeral Home, 312 S. Wood St., Neosho, Missouri. An open-casket viewing will be held on Friday from 4 pm to 8 pm and Saturday from 8 am to 10 am at the Moore South Lawn Funeral Home, 9350 E. 51st St; Tulsa, Oklahoma. A graveside service is scheduled for 11 a.m., Saturday, Sept. 18, at Memorial Park Cemetery in Tulsa; please enter in the main gate on East 51st Street. Drury University will hold a virtual celebration of his life at a later date. Memorial contributions may be made to the James Buchholz Endowed Distinguished Alumni Awards Scholarship, Drury University, 900 N. Benton Avenue, Springfield, Mo., 65802 or St. Paul United Church of Christ, PO Box 352, Hermann, Mo., 65041 or by donating blood at a local American Red Cross.

The family of James Rankin Buchholz created this Life Tributes page to make it easy to share your memories.

~A loving tribute written by family~

Send flowers to the Buchholz family.