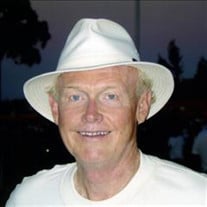 WILLIS, James A., 83, passed away Saturday, April 23, 2022 in Tulsa, OK. Born May 15, 1938 in Mexico, MO to Joseph Temple and Ada Virginia (Pasley) Willis. He married Marja Elliott on December 12, 1986 in Tulsa. Preceded in death by his parents. He is survived by his wife, Marja A. Willis; daughter, Jennifer Dowling of Broken Arrow, OK; three sons, Jim (Ginny) Willis of Sugar Land, TX, Joseph Willis of Tulsa, OK, and Ryan Willis of Dallas, TX; three granddaughters, Lauren , Kate, and Olivia Willis; three sisters, Peggy (Wayne) Martin, Temple (John) Yancey, and Jeanette Davis; one stepdaughter, Annette McGarvey; three step-grandchildren, Christina McGarvey, Alexandria McConnell and Jaden Pera; numerous nieces, nephews, and friends. Jim grew up in Auxvasse, Missouri where he graduated from a small high school in Mexico, Missouri. He studied at the University of Missouri - Rolla, majoring in chemical engineering, until an accident at the end of his second year caused him to be hospitalized and leave school. After driving a semi-truck four years, he finally went back to school, majoring in accounting at the University of Missouri - Columbia. While attending school, Jim drove a semi 12 hours per night, three nights a week to support his family. Upon graduating in 1964, Jim was hired by the accounting firm Arthur Young. He worked as an auditor before being promoted to management consultant. In 1970, Robert Hefner of GHK Corporation in Oklahoma City was looking for a financial officer and hired Jim. In 1977, Jim moved to Tulsa to work for Kaiser-Francis Oil Company as Executive Vice-President. In 1989, Kaiser-Francis purchased Cactus Drilling and Jim was tasked with leading the company. The 20-rig company was dormant over most of the 1990's as Jim was buying equipment for cents on the dollar and trying to resell the equipment at a profit. A decade later, Kaiser-Francis quit selling equipment and started refurbishing rigs and actively operating Cactus as a drilling company. Over the next thirteen years until his retirement as CEO in 2012, Jim built Cactus into the largest privately-held domestic land drilling contractor in the United States. Jim loved staying busy from cruising around Grand Lake in his boat, throwing hay bales at his farm or taking the family yaks to Colorado. He also generously supported many charitable causes and was always there to assist friends and family in their moments of need. Funeral Service will be 2:00 P.M., Monday, May 2, 2022 at Moore's Southlawn Chapel, 9350 E. 51st, Tulsa, OK. Moore's Southlawn 918-663-2233. Share memories at www.moorefuneral.com

The family of James A. Willis created this Life Tributes page to make it easy to share your memories.

Send flowers to the Willis family.