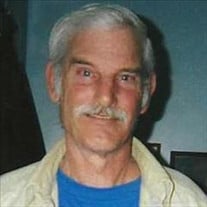 James Sanford Farrell passed away Monday, January 24, 2022. Born July 5, 1944 in Centralia, IL, upon his birth, it was stated he was "no bigger than a good-sized bass." Jim graduated from Edison High School in Tulsa, OK in 1962, where he excelled in pole vaulting, swimming, and track and field. During his time there, he broke the pole vault record in the Golden West Invitational track meet with a vault of 14-4 1/2. Jim held the nation's high school vault mark for 1962 of 14-7 1/4. Jim was the state champion pole vaulter for 1961 and 1962. After High School, he attended the University of Oklahoma on scholarship to continue his successful pole vault career. During his time as a Sooner, Jim was the 1965 conference champion in pole vaulting and the mile relay. After college, Jim moved to Michigan and worked in the steel industry. Five years later, he went to work with Lee C. Moore in Tulsa, Oklahoma, and then went on to be both a successful and dedicated business owner. Jim did not retire, he continued to do what made him happy by remaining dedicated to his clients to the very end. Jim's love and dedication to his family was unparalleled. Jim was also an avid outdoorsman, and he rarely missed an opportunity to watch his children and grandchildren participate in school events and sports activities. Jim leaves behind Lyndia, his loving wife of 48 years; daughters, Tabatha Farrell of Tulsa; Andrea Ogle (Jason) of Arlington, TN; Melita Armstrong (Chris), of Jenks; son, Sanford Farrell (Janou), of Jenks; sister, Diane Whitaker (Frank) of Broken Arrow. He is preceded in death by his parents, Sanford and Melita Farrell, and brother, Robert Farrell of Grand Rapids. He leaves behind 10 grandchildren: Stephan Cornish, Caleb Cornish, Justin Ogle, Anna Farrell, Jackson Farrell, Bella Farrell, Brett Farrell, Shane Armstrong, Kai Bohannon, and Melita Carsten Armstrong. He also leaves behind two great-grandchildren, Atticus Cornish and Ellie Cornish. Visitation will be held Thursday, January 27th, at Moore Southlawn Funeral Home located at 9350 East 51st street from 5-7 PM. The funeral will take place Friday, January 28th, at South Tulsa Baptist Church located at 10310 South Sheridan road at 10:00 AM. In lieu of flowers please consider donating to: Owasso Baseball Ducks Unlimited Oklahoma Wildlife Foundation

James Sanford Farrell passed away Monday, January 24, 2022. Born July 5, 1944 in Centralia, IL, upon his birth, it was stated he was "no bigger than a good-sized bass." Jim graduated from Edison High School in Tulsa, OK in 1962, where he... View Obituary & Service Information

The family of James (Jim) Sanford Farrell created this Life Tributes page to make it easy to share your memories.

Send flowers to the Farrell family.