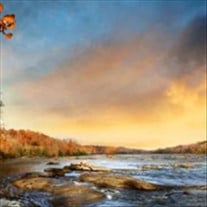 John David Bruton, 75, died October 5, 2021, at his home in Tulsa, OK, surrounded by family and close friends. A deeply devoted and loving husband, father, and grandfather, John David was born in Dallas, Texas, on May 15, 1946 to Charles Henry and Helen Francis (Callaway) Bruton. He attended Texas Christian University followed by service in the United States Air Force. John David began a 15 year professional career with Delta Airlines in Dallas, TX before moving the family to Tulsa, OK where he managed in the Don Carlton Auto Group, until his retirement in 2014. John David loved to travel the world and was passionate about collecting and displaying unique and often extravagant mementos and other antique collectables from his travels, particularly from his favorite destination, Paris, France. Among countless talents, John David was exceptionally adept at both interior and exterior home design and built dozens of highly coveted homes throughout the Tulsa area in his free time. John David enjoyed preparing lavish meals, but loved eating delectable food even more. He possessed amazing culinary talents and cherished the many great meals with his family and friends, especially during the holidays. He also took great pride in being the envy of his neighbors each year upon the annual unveiling of his grandiose Christmas decorations. John David had an especially kind spirit and shared an incredible quick wit with all who encountered him. He brought laughter, comfort, and joy to all who knew him and the innate ability to make all in his company feel special and loved. He will forever be remembered for his jokes and ever entertaining stories, his powerful convictions, and genuine smile. His memory will be cherished and kept alive by his wife of 36 years, Brenda; daughter, Jennifer Green, and husband Shannon; 3 beloved grandchildren, Leighton, Grayson, and Quinley; brother Michael Bruton and wife Sandra; sister-in-law, Paula Bruton; and father-in-law, Don H Carlton. John was preceded in death by his parents, Charles Henry Bruton and Helen (Bruton) Barton; brother, Gary Bruton; son, Justin Bruton; and brother-in-law, Terry Carlton. The family wishes to thank Dr. John Hubner, Millennium Hospice and Sarah Kunihira for their tender and attentive care. In lieu of flowers, the family kindly requests donation be made, on his behalf, to Route 66 Pet Rescue in Tulsa, OK.

John David Bruton, 75, died October 5, 2021, at his home in Tulsa, OK, surrounded by family and close friends. A deeply devoted and loving husband, father, and grandfather, John David was born in Dallas, Texas, on May 15, 1946 to Charles Henry... View Obituary & Service Information

The family of John David Bruton created this Life Tributes page to make it easy to share your memories.

Send flowers to the Bruton family.