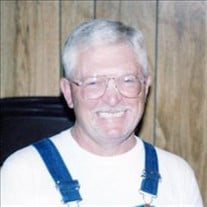 John Dee Ellis was born April 3, 1945 in Tulsa Oklahoma to Frank Urbin Ellis and Faye Trammell Ellis. John was an industrious lad, raising and showing rabbits and went to work at Consumers KC Market in downtown Tulsa while he was in high school. John saved his money and paid $1500 cash for his first car, a black 1959 Chevy Impala. After John graduated from McLain High School in Tulsa in 1964, he married his high school sweetheart, Saundra Smith. John served in the U.S. Army, with his service time, after basic training, being at Fort Lewis in Washington State. While in the military, he learned carpentry skills that he used for the rest of his life. After his military service, John and Saundra returned to Tulsa and John began working for Southwestern Bell Telephone Company. John and Saundra were blessed with the birth of a son, John Edwand, in 1968 and a daughter, Jeannette Kay, in 1970. John, as well as the other Ellis children, grew up hearing his dad's stories about working on a ranch. As soon as he could, John bought an acreage in the Beggs area and largely built their home. He had cattle and other animals on this place and supported and encouraged his kids in their raising and showing livestock. Later, John was able to buy a larger piece of land in McIntosh County where he has built a herd of cattle. Thus, his boyhood dreams were realized. John retired from AT&T after 35 years of service. In April of 2000, John married Joyce Smith and they made their home in Beggs Oklahoma. John passed from this life on March 18, 2022 at the age of 76 years and 11 months. He was proceeded in death by his parents and his son. He is survived by Joyce of the home; his daughter Jeannette Tichenor; three grandsons: Johnny Cooper, Josh Tichenor and Justin Tichenor; one beautiful great-granddaughter, Braylee Tichenor; two brothers: Frank and his wife Sue, and Keith and his wife Lynda; one sister: Liz Lloyd and her husband Jim; nieces Jana Ellis, Lara McQuire, Carol King, Heather Harper, Mackenzie Rogers, and nephews Keith Ellis, and Will Lloyd. Graveside Service will be 2PM, Friday, March 25, 2022 at Memorial Park Cemetery, 5111 South Memorial Drive, Tulsa, Oklahoma. Moore's Southlawn Chapel 918-663-2233

John Dee Ellis was born April 3, 1945 in Tulsa Oklahoma to Frank Urbin Ellis and Faye Trammell Ellis. John was an industrious lad, raising and showing rabbits and went to work at Consumers KC Market in downtown Tulsa while he was in high school.... View Obituary & Service Information

The family of John Dee Ellis created this Life Tributes page to make it easy to share your memories.

Send flowers to the Ellis family.