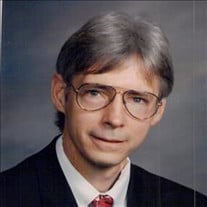 Not sure what to send?

"Courage is rightly esteemed the first of human qualities, because it is the quality that guarantees all the rest." -- Winston Churchill Lieutenant Colonel Loui Donald Elfrink Jr., MD, a man of great courage in all that he did, was reunited with his Lord and Savior on May 9, 2022, at the age of 71, surrounded by his loving family, after struggling with the progressive effects of radiation damage from his battle with cancer decades earlier. Don was born August 4, 1950, in Greenville, North Carolina. His father was an intelligence officer in the US Air Force and, as all children of military personnel, he lived in multiple places including 9 years in Japan, leading him to be adaptable and personable. Upon graduation from high school in Denver, Colorado, he enlisted in the Navy at the age of 18. The following year, he applied for, was accepted, and completed US Navy Seal training as part of the 54th class; one of the achievements of which he was most proud and greatly impacted his life. Don's Navy Seal journey taught him many great skills and earned him many honors, but also had a role in introducing him to the love of his life. In 1970 he completed his first tour in Vietnam during which he was awarded a "Combat V" for valor for his assistance in bridge demolition. Upon return to the Naval Base (Special Warfare) at Coronado Island, California he became good friends with Patrick Markley, another Navy Seal, who introduced him to his cousin, Anne Marie Bachlor. It was love at first sight and seven months later they were married in June 1971. That December he was rapidly deployed to Vietnam for a second tour to replace a Seal team member who had been killed. Six months later he returned to San Diego and soon after that was discharged and began college. Don completed a B.S. in Biology from California State University Northridge and was accepted to medical school as a member of the Charter Class at the Uniformed Services University of the Health Sciences (USUHS) in Bethesda, Maryland. Their first child, Nathan, was six months old at the time of their move to the Washington DC area. Eighteen months later their second son, Douglas was born. Don graduated from USUHS in 1980 with an MD degree and began an internship and residency at Fort Gordon near Augusta, Georgia, where their daughter, Adrienne was born. Following residency in 1983, he was assigned as a family physician to the US Military Academy at West Point, NY, providing care to the faculty and staff stationed there, including their families. He also received training as a Flight Surgeon and performed the flight physicals for the cadets. Four years later, he was assigned to Fort Stewart, Georgia as the Chief of the Family Practice Department. In 1990 he was deployed with the 24th Infantry Division to Saudi Arabia as part of Desert Storm, receiving a Bronze Star for combat medical services provided as a Battalion Surgeon, treating nearly 200 Iraqi citizens who were casualties or collateral damage from the war. Upon return, he was assigned to the 6th Infantry Division, based in Fairbanks, Alaska, as the Division Surgeon. In this role, he directed the planning for the health and medical needs of deployed soldiers as the top medical advisor for the Commanding General. In 1992 Don was diagnosed with metastatic tonsillar cancer and was flown to Madigan Army Medical Center for surgery; the family immediately moved to Tacoma so that Don could begin a lengthy radiation treatment plan. After healing from the radiation, he was offered a position in the Family Practice Residency Program at Madigan as the Clinic Chief. Four years later, Don retired from the military and accepted a position as the Family Practice Residency Program Director for the University of Oklahoma in Tulsa, Oklahoma, Anne's original home. Years later, he began experiencing side effects of radiation therapy that progressively hindered his ability to speak , breathe and eat. He retired from OU after 16 years of service. Don was known by all who knew him as extremely courageous, caring, and self-sacrificing. He always met each challenge head-on, whether it be battling a foreign enemy at war, fighting disease for his patients, or his own struggle with illness. His steadfast love for his wife and family were hallmarks of his journey that gave him strength and great joy. He nurtured everything around him - people, animals, and plants. He was always striving to improve his physical and mental health, being both an exercise enthusiast and a voracious reader. In retirement, he reinstated his love of music and art, playing the piano and drums and learning about painting. Don became very involved in the lives of his six grandchildren who adored him and was known for his elaborate "grandpa breakfasts "at their frequent visits. Don was predeceased by his father, Loui Donald Elfrink and mother, Virginia Lee (nee Rogers). He is survived by his wife Anne (nee Bachlor), children and their spouses Nathan (Stacie), Douglas (Tina), and Adrienne Davis (Nick), and grandchildren Aiden, Alex, Sydney, Caroline, Penelope, and Marissa. Memorial services will be held at Moore's Southlawn Chapel, 9350 E 51st Street in Tulsa on Friday, May 27th at 2:00 PM followed by interment at Memorial Park Cemetery. In lieu of flowers, the family requests that contributions be made in honor of Don's life to the Wounded Warrior Project. Moore's Southlawn Chapel 918-663-2233 share memories at www.moorefuneral.com

"Courage is rightly esteemed the first of human qualities, because it is the quality that guarantees all the rest." -- Winston Churchill Lieutenant Colonel Loui Donald Elfrink Jr., MD, a man of great courage in all that he did, was reunited... View Obituary & Service Information

The family of Lieutenant Colonel Loui Donald Elfrink, Jr., MD created this Life Tributes page to make it easy to share your memories.

&quot;Courage is rightly esteemed the first of human qualities, because...

Send flowers in honor of Lieutenant.