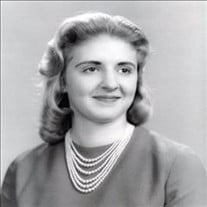 Norma Diane Dunbar, 78, of Jenks, OK passed away February 14, 2022. She was born July 28, 1943 in Tulsa, OK to Norman J. and Julia Beatrice Petty Faulkner. Her father died when she was very young. Her mother then married Kenneth James Eubanks, whom she lovingly referred to as her daddy. Diane married James Dunbar (Gooch) on July 31, 1959. They were married for 62 years. Diane was a loving wife, mother, grandmother and great-grandmother. She was a homemaker for many years until her children were older. She then partnered with her mother and became co-owner of 2 different flower shops in Tulsa. She was very creative and became a talented florist. After selling the flower shops years later, she went to work at Bankoff Pipe and Supply in Tulsa as their office manager. She and the family were members of Jenks First Baptist Church for many years where she taught Sunday school and was very involved until her health deteriorated. She was also very active in the Rebekah Lodge of Oklahoma where she served on numerous committees, received many appointments including President of the order for the state of Oklahoma. She also received an international appointment and was very dedicated in helping the people she served. Diane was very involved in her children's activities such as baseball, softball, Cub Scouts, Blue Birds, school and church activities. She was the scorekeeper at her children's ball games, and #1 critic of the umpires. Diane is survived by her husband James (Gooch) Dunbar; daughter Julie Kellenberger and husband Rick of Broken Arrow; son Doug Dunbar of Jenks, OK: adopted daughter Trish Dunbar of Jenks, OK; grandchildren Amanda Keller and husband Tommy; Melora Knoke and husband Tyler; Kristen Kellenberger and fiance Dave Parker; Shelby Dunbar; and Victoria Dunbar; 9 great-grandchildren; sisters-in-law Pat Lambert and Judy Brown; brother-in-law Bob Dunbar and wife Barbara; and many nieces and nephews. She also has a half-sister, Brenda Faulkner. She was preceded in death by her parents, several aunts and uncles. Memorial service will be Monday, February 28, 2022 at 2:00 p.m. at Moore's Southlawn Chapel in Tulsa, OK. Funeral Service will be 2:00 P.M., Monday, February 28, 2022 at Moore's Southlawn Chapel, 9350 E. 51st, Tulsa, OK. Moore's Southlawn 918-663-2233

Norma Diane Dunbar, 78, of Jenks, OK passed away February 14, 2022. She was born July 28, 1943 in Tulsa, OK to Norman J. and Julia Beatrice Petty Faulkner. Her father died when she was very young. Her mother then married Kenneth James Eubanks,... View Obituary & Service Information

The family of Diane Dunbar created this Life Tributes page to make it easy to share your memories.

Send flowers to the Dunbar family.