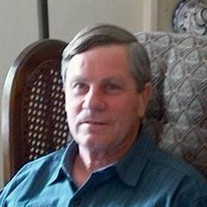 Captain Paul Eugene Sikkink left us far too soon on November 3rd, 2021 after a prolonged battle with Frontotemporal Degeneration. Paul was born to Dean and Reba Sikkink of Tulsa, Oklahoma on August 18th, 1945. A graduate of Thomas Edison High School and the University of Oklahoma, he was a State Champion wrestler with a Masters of Science. As a Civil Engineer, Paul worked for the United States Public Health Service and later for the Navajo Tribe / Bureau of Indian Affairs subsequently moving from place to place throughout his career while becoming a senior ranked commissioned officer before settling permanently in Gallup, New Mexico. Paul's greatest accomplishments will never be written to history. Instead, they are written on the hearts of those who had the honor of being his family or friends. He did not care about achieving greatness and was humble in his achievements. His priority was always others and he never failed to put the needs of others before his own. Paul was not only wicked smart, but he also had a wicked sense of humor. So many of us have been the recipients of his roughhousing and practical jokes. His laugh was infectious and a beacon wherever he was. He was fearless when he shouldn't have been, had a terrible sense of self preservation, and yet somehow always ended up on the other side in one piece. He was always game for an adventure and always willing to help, but be careful what you asked for as he was also opinionated and stubborn and things tended to be his way or the highway. He was the master of starting wonderful projects, although he never quite mastered finishing them. He loved OU football, Formula One racing, and any type of card game, but did not love losing. He collected antiques, Southwestern art, and anything that caught his fancy. His passions in life were family and friends, road trips and exploration, and critters of all kinds, but, most of all, he loved Gallup, the Southwest region, and the Indian people and culture. Paul is survived by his son, Roy Sikkink; daughters, Barbara Sikkink (sp. Wade Rogers) and Kristin Havlick (sp. David Havlick); three grandchildren, Shane Pinney, Nolan Havlick, and Taylor Havlick; sisters, Sharon Hudson (sp. Michael Hudson) and Vivian Russell (sp. Thomas Russell); and fiancee, Charlotte Chapela. He was preceded in death by father, Flight Officer Dean Sikkink; much beloved mother, Reba Sikkink; and brother, Lieutenant Roy Sikkink. In lieu of flowers, donations may be made to The Association For Frontotemporal Degeneration. Memorial Service will be 10:00 A.M., Monday, November 29, 2021 at Memorial Park Cemetery Chapel, 5111 S. Memorial Drive, Tulsa, OK 74145. Moore's Southlawn 918-663-2233

Captain Paul Eugene Sikkink left us far too soon on November 3rd, 2021 after a prolonged battle with Frontotemporal Degeneration. Paul was born to Dean and Reba Sikkink of Tulsa, Oklahoma on August 18th, 1945. A graduate of Thomas Edison High... View Obituary & Service Information

The family of Paul Eugene Sikkink created this Life Tributes page to make it easy to share your memories.

Send flowers to the Sikkink family.