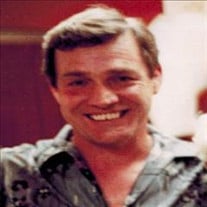 Phillip George Potter, age 79, passed away from this life on October 22, 2021 in Tulsa, Oklahoma. Phil was born on February 4, 1942 in Panama City, Florida to parents Lee and Bertha (Mallehan) Potter, although his family was from Oklahoma. He was the youngest of six children. He attended Will Rogers High School in Claremore, OK. In 1962, Phil enlisted in the United States Navy. In addition to his duties on a radar picket USS Scanner (AGR-5), he was a celebrated boxer for his division until an injury ended his hopes of Olympic glory. Phil was honorably discharged from the Naval Reserve on May 27, 1968. Following his active service, Phil worked as a roughneck on oil drilling rigs while attending a petroleum engineering program at Orange Coast College. His career took him to various overseas posts throughout Asia, including Singapore, Japan, Indonesia and the Philippines until he settled in Southern California. Eventually, he relocated back to his beloved Oklahoma where he sold large farm equipment until he retired. Phil had a soft spot for animals of all kinds, and particularly dogs, and a nurturing personality. He trusted strangers, gave generously of his time and assets and worked various sales schemes his entire life. Arrangements have been entrusted to the care of Moore Funeral Homes, Southlawn of Tulsa, OK. Visitation will be on Friday, November 5, 2021 from 10 am to 8 pm at Moore Funeral Homes, Southlawn. Funeral Services will be 10:00A.M., Saturday, November 6 at Osage Hills Christian Church of Tulsa, OK. Phil will be laid to rest at Kellyville City Cemetery of Kellyville, OK. Phil, a devout believer in the power of redemption through Jesus Christ, is survived by his wife, Sue, three children, five grandchildren, and the mother of his daughter, all of whom he will be joyfully reunited with in paradise. Moore's Southlawn 918-663-2233

Phillip George Potter, age 79, passed away from this life on October 22, 2021 in Tulsa, Oklahoma. Phil was born on February 4, 1942 in Panama City, Florida to parents Lee and Bertha (Mallehan) Potter, although his family was from Oklahoma.... View Obituary & Service Information

The family of Phillip George Potter created this Life Tributes page to make it easy to share your memories.

Phillip George Potter, age 79, passed away from this life on...

Send flowers to the Potter family.