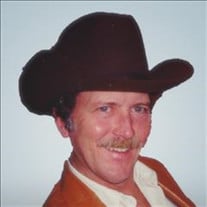 Ray was born Raymond Wesley Farley, on May 24th, 1950, at the Millington Naval Air Station in Memphis, Tennessee. He is preceded in death by his father, Ray Farley and mother, Reba Ellen Sparlin and son Vaughn Bender. He is survived by two brothers, his identical twin Roy Farley of Joplin, MO and his older brother George (Skip) Farley of Tulsa. He is also survived by his wife PaulaLee Farley of Catoosa, OK, his daughter Tonya Conner, of South Hutchison, KS, and son Ian Clayton, of Bufford, Ga. There are numerous cousins, 7 nieces and nephews, 8 grandchildren and 3 great-grandchildren. Ray served our country in the United States Army during the Viet Nam era. He served 2 tours, over three years from 1969 to 1971. He received 13 awards and decorations for valor, service and achievement. Among them are 4 Bronze stars, 2 Army commendations awards and an Air medal. Ray graduated from The Oklahoma School of Accountancy, Business Law and Finance in the early 70's and worked various jobs focusing mostly on cost accounting and inventory control. Among his employers are Rockwell International, Southwest Tube Manufacturing, L.S. Instruments, Arrow Engineering, Inc. and Gulf Interstate Engineering and retired from Robertson Tire Company where he was the Chief Financial Officer for a number of years. In between all those jobs Ray spent several years working with his brother Roy at Farley & Farley, Inc. where he ran a small oil company and he and Roy performed land surveys locally and all over the country. One of the survey projects he especially enjoyed was when they spent three weeks one fall surveying for water laterals in the Rocky Mountains of Colorado. Also enjoyed working on a survey for a new transmission line in central Missouri for several weeks. He and his brother also went back to Fort Polk Louisiana where they had their Basic Training in the Army and mapped the entire base one winter. He also worked for the local survey companies of White Surveying and Nickle & Associates. Ray worked for Wagoner County District 1 as Road Superintendent and Dan D Co as inventory controller. Ray retired early but was never idle. He did taxes for countless friends and acquaintances in several states. As a hobby he worked on restoring lawn mowers, campers, and other equipment. Ray and his wife, PaulaLee, restored a 1965 SS Impala convertible. He loved to played golf once or twice a week with several good friends, go boating, fishing, camping, deer hunting and just spend time out in the woods at a friend's property up near Jay, OK. Ray left this world on January 12th, 2022 at the age of 71. Viewing: 12:00 Noon - 5:00 p.m., Sunday, January 30, 2022 Visitation: 3:00 - 5:00 p.m., Sunday, January 30, 2022 Moore's Eastlawn Chapel, 1908 S. Memorial Dr., Tulsa, OK Graveside Service: 3:00 p.m., Monday, January 31, 2022 Dick Duck Cemetery, Catoosa, OK Moore's Eastlawn Chapel, 918-622-1155

Ray was born Raymond Wesley Farley, on May 24th, 1950, at the Millington Naval Air Station in Memphis, Tennessee. He is preceded in death by his father, Ray Farley and mother, Reba Ellen Sparlin and son Vaughn Bender. He is survived by two brothers,... View Obituary & Service Information

The family of Raymond Wesley Farley created this Life Tributes page to make it easy to share your memories.

Send flowers to the Farley family.