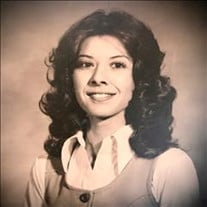 Rebecca (Becki) Ann Thomason-West was born March 15, 1950 in Odessa, Ector County, Texas. The third child of Delmar Euin Thomason and Naomi Lee Townsend-Thomason. She passed away on Friday, November 26, 2021 in Tulsa, Oklahoma at the age of 71 years. Becki grew up in Oklahoma and was raised in Wagoner and Pryor. She graduated from Pryor High School in 1968. Becki was known to be creative and artistic and was featured in an article for a home re-design project while living in Tennessee. She also co-owned a business with her sister-in-law in the 1980's making handmade baskets and at the peak of the business was selling to Neiman-Marcus. She completed her Bachelor of Science degree in Nursing from Rogers State University and began her career in Neonatal Intensive Care Nursing at Saint Francis in Tulsa. Becki's dedication for nursing and caring for these precious babies was recognized and honored at Saint Francis as she was awarded the Dignity Award for the bereavement care that she so lovingly provided for the babies and their families. After retirement from Saint Francis Hospital, Becki moved back to Pryor and helped care for her mother and in her free time continued with her hobby and love for arts and crafts as well as spending time with and (as a gift-giver) spoiling her grandchildren. Preceding her in death were both parents, three brothers, Gary, Linn, and Lonnie Thomason, and a son, Joshua L. West. She is survived by two children, her daughter, Monica Stroup-Phibbs and husband Patrick of Tulsa, OK, her son, Jared G. West and wife Amanda of Arlington, Tennessee, sister-in-law, Mary L. Thomason of Broken Arrow, OK and nine grandchildren. Funeral Service will be 10AM, Thursday, December 2, 2021 at Most Precious Blood Catholic Church, Tulsa, OK. Moore's Southlawn 918-663-2233

Rebecca (Becki) Ann Thomason-West was born March 15, 1950 in Odessa, Ector County, Texas. The third child of Delmar Euin Thomason and Naomi Lee Townsend-Thomason. She passed away on Friday, November 26, 2021 in Tulsa, Oklahoma at the age of... View Obituary & Service Information

The family of Rebecca Ann West created this Life Tributes page to make it easy to share your memories.

Send flowers to the West family.