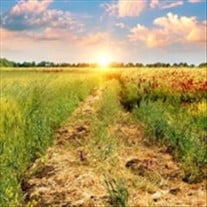 Robert D. (Bob) Lengacher was born April 8, 1927, in Sugarcreek, Ohio, where his father operated a Swiss cheese factory. He is preceded in death by his father and mother, David and Audrey Lengacher and first wife of 55 years, Dorothy King Lengacher and son Bill King of Seattle, WA. In 1948, Bob graduated cum laude from Kent State University with a double major in journalism and history. Bob worked on newspapers in Oklahoma and New Mexico before returning to Ohio. While employed by the Dover, Ohio DAILY REPORTER, he met congressional candidate Frank T. Bow and joined his staff in Washington, D.C. after the election. In Washington D.C. two years later, he met and married Tulsan Dorothy King who worked for Oklahoma's Congressman Page Belcher. After moving to Tulsa in 1954, Bob became executive director of the Printing Industry of Tulsa in November 1954. In 1958, Bob joined the Tulsa Litho Company and in 1962, became the principal owner. Bob was active in local and national printing organizations and served 10 years on the board of the Master Printers of America, retiring as Vice-Chairman. Bob was active in the Oklahoma Republican Party where he managed the first two campaigns of Dewey Bartlett, and the Tulsa County U.S. Senate campaign of Bud Wilkinson. As an active member of First Presbyterian Church, Bob chaired the Fund Drive which led to the development of Bernsen Community Life Center. He was also the founding chairman of the 190-acre Inverness Village Retirement Community. Having a great love for Tulsa, Bob welcomed opportunities that were beneficial to the city. A member of the Rotary Club of Tulsa since 1963, he served as club president in 1977-78. In 1994, he founded the Rotary Club of Tulsa's IBA Citizen Athlete Awards Program. During his lifetime, Bob found time to travel to 78 countries, returning often to his father's homeland of Switzerland. Bob is survived by his wife, Mary Carolyn, son Phil King and wife Sammie, Tulsa; grandson Lance King, wife Tonya and great-grandchildren Claire and Asher; grandson Mike King, wife Gwen and great-grandchildren Dillon and Camden, all of Earlysville, VA; son Rob Lengacher of Zurich, Switzerland and stepdaughter, Susan Whitaker Hill of Kennewick, WA. Contributions may be made to the Inverness Village Landscape Fund, to the Rotary Club of Tulsa Foundation or First Presbyterian Church Meals on Wheels. Memorial Service will be 2:00 P.M., Friday, January 21, 2022 at First Presbyterian Church-Tulsa. Moore's Southlawn 918-663-2233 share memories at www.moorefuneral.com

Robert D. (Bob) Lengacher was born April 8, 1927, in Sugarcreek, Ohio, where his father operated a Swiss cheese factory. He is preceded in death by his father and mother, David and Audrey Lengacher and first wife of 55 years, Dorothy King... View Obituary & Service Information

The family of Robert D. "Bob" Lengacher created this Life Tributes page to make it easy to share your memories.

Send flowers to the Lengacher family.