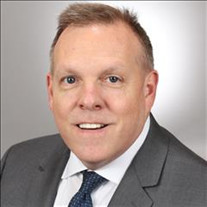 Stanley Alan Martin, 56, of Broken Arrow, passed away Saturday, December 18, 2021. He was born February 19, 1965, in Tulsa, to Cecil and Joyce Martin. Stan is survived by his children, Andi Martin of Tulsa, T.J. Martin of Claremore, Tanner Martin of Tulsa; his parents, Cecil and Joyce Martin of Tulsa; his sister, Diane White and husband Jonny of Ardmore; two sisters-in-law, Mindy Hulst and husband Bryan of Tulsa and Missy Cook of Tulsa; his brother-in-law Gene Brumley and wife Donna of Collinsville; as well as numerous nieces and nephews. He was preceded in death by his wife, Fonda Martin, who passed away earlier this year. Stan pursued many interests and hobbies, which usually led to him making lifelong friends. He was president of the Union Football Booster Club since 2008 and enjoyed nothing more than being on the sidelines at Friday night games. Stan was also a season ticket holder of OU football for many years and loved the sense of community that came with attending those games in the same seats every year. Stan and his wife, Fonda, loved going to the casino together which led to his passion for playing poker. He became a leader in the WSOP League of Tulsa, and even qualified for the World Series of Poker in Las Vegas which he was able to compete in with his son, TJ. Stan started working in the parking garage at ONEOK in the summer of 1984 and quickly realized that he wanted to continue his education to move up in the company. He worked up to eventually become an I.T. Director, making many lasting friendships with his coworkers along the way. Stan valued hard work and instilled this in his children but was always said that it helped that he had a job he was excited to go to every day. Always quick with a joke or witty remark, Stan was constantly entertaining his family and friends. He loved to travel with his wife, Fonda, and was looking forward to retirement when they would have been able to travel more. It gives his family comfort to know that they are now resting together. A memorial service for Stan will be held at the Temple Conference Center at Camp Loughridge on Monday, December 27th at 11am. Moore's Eastlawn will be facilitating the service. In lieu of flowers the family asks that you make donations in Stan's memory to Youth Services of Tulsa or The Animal Rescue Foundation.

The family of Stan Martin created this Life Tributes page to make it easy to share your memories.

Send flowers to the Martin family.