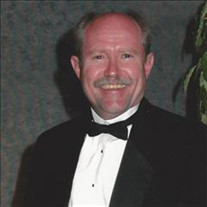 Stephen Mark Wharry was born October 23, 1955 in Texas, the state right across the border from where his parents were living at the time in Nara Via, New Mexico. Within the next few months, due to the fact that Steve's dad worked for the Rock... View Obituary & Service Information

The family of Stephen Mark Wharry created this Life Tributes page to make it easy to share your memories.

Send flowers to the Wharry family.