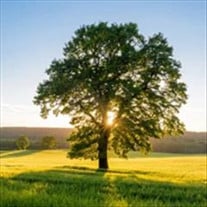 Reverend Dr. Thomas Gerald (Tom) Hunter was born on June 25, 1943 in Springer, OK. He passed away at home on January 4, 2022. Tom was one of seven children born to Wan and Lorene (Perkins) Hunter. Tom graduated from Norman High School then studied at Oklahoma Baptist University, the University of Oklahoma and Oklahoma State University. He graduated from Calvary University with a Bachelor of Science and from Luther Rice Seminary with a Masters of Divinity. Tom studied Christian counseling and church leadership at the American Bible College and Seminary from which he earned a PhD in 1998. Tom committed his life to Christ at an early age. As a teenager he surrendered to God's call as a pastor. Mentors and friends who worked with Tom during his early ministry include Pastor E.F. Hallock, Charlie Turner and Vernon Johnson. As a result of the encouragement he gained from these and other mentors, he, too, became a champion for young men and women called to the ministry. He pastored churches in Oklahoma and Missouri. Tom was an Associate Director, High School and College Relations, Oklahoma State University. This position on campus allowed him to develop relationships in international ministry opportunities. After retiring, Tom co-founded a non-profit organization, T & L Ministries, whose purpose was to advance international mission projects. The organization provided pastoral support in Kenya, fundraising efforts for mission trips to Kenya, and support to international student ministries at Oklahoma State University. T & L Ministries also partnered with state and local ministries. An example of this partnership was with Oklahoma Chaplains for Bikers (OCfB), founded by Rev. B. Don Hunter, Chaplain and Pastor. Faith, family, and friendships were priorities for Tom and he will be remembered as a pastor, husband, friend, and father. Tom is preceded in death by his parents and two brothers, Kenneth Hunter and Phil Hunter. Tom is survived by wife Gail Echols Monnot, Tulsa, OK; son, Dwayne Hunter and wife Monette, Stillwater, OK; daughter, Debbie Saunders and husband Greg, Tulsa, OK; son, Chris Monnot and wife Kim of Broken Arrow, OK; daughter Ammie Gaylor of Bixby, OK; son Steve Monnot and wife Robin of Broken Arrow; son Tom Monnot of Tulsa, OK; son Tim Monnot and wife Jennifer of Sand Springs, OK; brother, Don Hunter and his wife Tina, Moore, OK; brother, Charles Hunter and his wife Susan, Blanchard, OK; sister, Wanda Smith of Norman, OK; sister Linda Smith and husband Gerald of Blanchard, OK. He is also survived by sixteen grandchildren, two great-grandchildren and a number of nieces and nephews. A graveside service will be held on January 7, 2022, at 10:00, at the Fairlawn Cemetery, Stillwater, OK, followed by a memorial service at 2:00, Kirk Of The Hills church, Tulsa, OK. In lieu of flowers, memorial contributions can be made to CenterWill Ministries. More information is available at https://www.centerwill.com/about-us

Reverend Dr. Thomas Gerald (Tom) Hunter was born on June 25, 1943 in Springer, OK. He passed away at home on January 4, 2022. Tom was one of seven children born to Wan and Lorene (Perkins) Hunter. Tom graduated from Norman High School then... View Obituary & Service Information

The family of Thomas Gerald Hunter created this Life Tributes page to make it easy to share your memories.

Send flowers to the Hunter family.