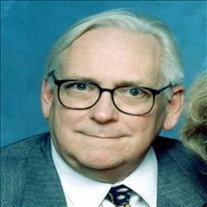 Vincent William Mooney Jr. (Vince Mooney), was born on Flag Day, June 14th, 1944 in Long Island, New York. He was preceded in death by: his father, Vincent W. Mooney Sr.; mother, Sina L. Mooney; brothers, Laurence and Walter Mooney. His sister, Nancy Daley lives in Florida. Vince was a resident of Tulsa, Oklahoma where he lived for over 50 years. He is survived by his loving wife of 43 years, Linda Mooney, who absolutely thought he hung the moon. Vince grew up in New York, New Jersey, Connecticut, and moved to California when he was 17 years old. He served in the United States Air Force, K-9 corps, from 1963 to 1967. He went to Pasadena City College, and graduated from the University of California at Santa Barbara with a Phi Beta Kappa in Philosophy. While in Pasadena, Vince had the good fortune to work in the control center at JPL on the Lunar Orbiter and Surveyor Programs. These were exciting times in space exploration. Vince, a real estate broker, was the founder of the Vince Mooney Real Estate School. He offered 105 Continuing Education seminars for over 20 years along with the basic license and broker's courses. Vince also taught Advertising at the University of Tulsa, Property Management at Tulsa City College, and many seminars at Tulsa VoTech. He also loved public speaking and speech contests. Vince served in each elective office in his Tulsa Toastmasters Club. Avid travelers, Vince and his wife Linda traveled the globe for over 40 years visiting dozens of countries. In later years, Vince developed many friendships with Christian Fiction authors, especially those who make up the Seeker Community. "They are among the finest people I've ever met" Vince was fond of saying. Vince loved life and faithfully followed the ancient dictum, "the unexamined life is not worth living." At various times in his life Vince was pilot, areal photographer, computer programmer (who wrote his own real estate school testing programs), author and editor. Vince was forever a lover of wisdom who tried his best to read one hundred books a year. He donated thousands of books to Goodwill and requested that such donations be made in lieu of sending flowers. With Vince's inquiring mind, he studied in great depth what meeting his maker and what heaven will be like... Today he knows. There will be an open viewing at Moore Funeral Home- Southlawn Chapel (9350 E 51st St, Tulsa, OK) on Tuesday, May 3rd from Noon - 8PM, with a visitation with the family from 4-6PM. Funeral Services will be held at Memorial Park Cemetery Chapel (5111 S Memorial Dr, Tulsa, OK ) on Wednesday, May 4th at 2PM.

The family of Vincent William Mooney, Jr. created this Life Tributes page to make it easy to share your memories.

Send flowers to the Mooney family.