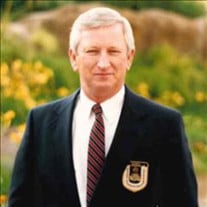 William Gerald Prince has been reunited in heaven with his beloved wife Bonnie Sue. Gerald, also known as papa or Uncle G, died on June 18, 2021, at the age of 80 in his home of 44 years surrounded by family. Gerald passed in the only home he ever owned on Boston Place in Tulsa, Okla. Born on the family farm in Dowdy, Ark., on April 20, 1941, to Troy and Virginia ("Tine") Prince, Gerald moved often during his childhood - living in places such as Detroit, Mich.; Casper, Wyoming; Baker, Montana and British Columbia, Canada - before settling in Batesville, Ark., where he graduated from Batesville High School in 1959. During his high school years, Gerald often worked with his father laying pipeline across the United States and Canada. He married his high school sweetheart Bonnie Sue Fudge, also of Batesville, in August 1960. The two were married for close to 59 years before Sue passed in 2019. He earned a Bachelor of Science degree from Arkansas State Teachers College (now the University of Central Arkansas) in Conway, Ark., in 1965. Gerald worked for Capital Welding Supply for five years, but in 1969, he began a long and distinguished career at Motorola Communications, a job he loved and remained at until he retired at the age of 59. His Motorola career began in Jackson, Tenn., but after two years there, Gerald was promoted and the family relocated to Lubbock, Texas. Two years later, Gerald was again promoted and the family moved to Tulsa in 1974. Gerald's success earned him membership into the Galvin Masters, an elite group of top company salesmen. Gerald has three sons: William Edward, Michael Duke and Patrick Brandon. Gerald loved to fish and hunt. There isn't a lake or river in Oklahoma or Arkansas where he didn't catch fish. He was a devoted husband and father. He was very good with his hands and could fix or build almost anything. As a young adult, he was a member of the Jaycees and also the Freemasons. In his retirement years, he loved watching his grandchildren (William Mason, Logan Connor and Jensen Elizabeth) play sports. During their time in the Jenks school system, Gerald and Sue attended too many games to count. Survivors include his three sons, three grandchildren and daughters-in-law LeAnn Prince and Tracy Prince. A memorial service will be held at 2 p.m. Friday, June 25, at the Moore Memory Chapel, 1403 S. Peoria Ave. in Tulsa. 918-583-6148.

William Gerald Prince has been reunited in heaven with his beloved wife Bonnie Sue. Gerald, also known as papa or Uncle G, died on June 18, 2021, at the age of 80 in his home of 44 years surrounded by family. Gerald passed in... View Obituary & Service Information

The family of William Gerald Prince created this Life Tributes page to make it easy to share your memories.

William Gerald Prince has been reunited in heaven with his beloved...

Send flowers to the Prince family.