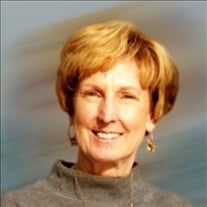 Wokeeta "Fuzzy" Hahn, of Tulsa, Okla. was called home by our Lord on Friday, October 1, 2021. She was 77. Fuzzy, as she was better known, was born November 10, 1943, in Ashland, Okla. to Gerald Ray, and Opal Lee Trammell. From very humble beginnings, Fuzzy blazed a trail at the side of her husband, Emmett Hahn, whom she is survived by. In 63 loving years of marriage, Fuzzy was the steady hand, and watchful eye through days of races won, miles traveled, championships earned, and events built from the ground up. While the racing days never ended, they just looked different over the years. Fuzzy and Emmett built Creek County Speedway in Kellyville, in 1985. They founded the Tulsa Shootout in 1986 and co-founded the Chili Bowl Nationals in 1987 with the Edwards family of Lawton. Both events, contested annually at Expo Square are the largest Micro and Midget events in the world. Fuzzy was also there for the founding and growth of the American Sprint Car Series, and in all these accomplishments and endeavors, her children and grandchildren are actively involved. And while Fuzzy will be known for generations for what she accomplished at the side of her husband around the tracks, it's what she accomplished at home that truly set Fuzzy apart. Her world revolved around her family and they always came first. From her own sons and daughter, came the grandchildren, and then the great-grandchildren. The reward for a life well-lived, and of love. It was this that truly defined what, and who Fuzzy was. Days spent nurturing health, caring for scraped knees, and healing those emotional trials and wounds as only a mother, a grandmother, and a great-grandmother understands. The soft tone of understanding. The stern words of discipline. The grace of forgiveness. Fuzzy encompassed all of these with ease. Her example set and seen in the generations she cared for, and carried through for generations to come. To say the generations she helped foster were the most important and special to her, would be a vast understatement. Through it all. From her work, to her family, Fuzzy was the cornerstone that kept it all in line. Always there to help shore up the foundation and leave for her family the example of devotion, and hard work. As a devoted mother, Fuzzy is survived by her children, Donna Hahn-Harris of Tulsa. Tom Hahn and wife, Vickey, of Kellyville. Steve Hahn and wife, Staci, of Tulsa, as well as her eight grandchildren. Matthew Ward, and his wife, Ashleigh, of Glenpool. Kayli Brazeal, and her husband, Cody, of Kellyville. Madison Henderson, and her husband, Ian, of Tulsa. Blake Hahn, and his wife, Sierra, of Kellyville. Cody Harris, and his wife, Ashley, of Glenpool. Brandon Hahn, Dylan Pursley, and Gabe Harris, along with a dozen great-grandchildren, and a 13th on the way. She is also survived by her sister, Wynema Lovell, and husband, Max, as well as brothers, Jerry Trammell and wife, Mary. Ken Trammell and wife, Ida. She was preceded in death by her parents. Visitation: 6:00 - 7:00 p.m.., Monday, October 4, 2021 Moore's Eastlawn Chapel, 1908 S. Memorial Drive, Tulsa, OK Service: 1:00 p.m., Tuesday, October 5, 2021 Faith Church, 171st and Highway 75, Glenpool, OK Watch live webcast @faithchurchnow.com facebook page Moore's Eastlawn Chapel - (918) 622-1155

Wokeeta "Fuzzy" Hahn, of Tulsa, Okla. was called home by our Lord on Friday, October 1, 2021. She was 77. Fuzzy, as she was better known, was born November 10, 1943, in Ashland, Okla. to Gerald Ray, and Opal Lee Trammell. From very humble beginnings,... View Obituary & Service Information

The family of Wokeeta "Fuzzy" Hahn created this Life Tributes page to make it easy to share your memories.

Wokeeta &quot;Fuzzy&quot; Hahn, of Tulsa, Okla. was called home by our...

Send flowers to the Hahn family.